Liviu Librescu survived the Nazi Holocaust. He died trying to keep a gunman from shooting his students in a killing spree at Virginia Tech — a heroic feat later recounted in e-mails from students to his wife.

Librescu, an aeronautics engineer and teacher at the school for 20 years, saved the lives of several students by using his body to barricade a classroom door before he was gunned down in Monday's massacre, which coincided with Holocaust Remembrance Day.

His son, Joe Librescu, told The Associated Press on Tuesday that his mother received e-mails from students shortly after learning of her husband's death.

"My father blocked the doorway with his body and asked the students to flee," Joe Librescu said in a telephone interview from his home outside of Tel Aviv. "Students started opening windows and jumping out."

Joe Librescu told CNN that one of the e-mails was from the last student left in the room. The student said he looked back and saw his teacher struggling to hold the door, and "he was torn between jumping out the window and coming and helping my dad."

"He chose, and possibly made the right decision, to jump out the window," the son said.

The gunman, identified as 23-year-old Cho Seung-Hui, an English major and native of        South Korea, killed 32 people before committing suicide, officials said, in what was the deadliest shooting rampage in modern U.S. history.

Librescu, 76, had known hardship since his childhood.

When Romania joined forces with Nazi Germany in World War II, he was first interned at a labor camp in Transnistria and then deported along with his family and thousands of other Jews to a ghetto in the Romanian city of Focsani, his son said.

According to a report compiled by the Romanian government in 2004, between 280,000 and 380,000 Jews were killed by Romania's Nazi-allied regime during the war.

"We were in Romania during the Second World War, and we were Jews there among the Germans, and among the anti-Semitic Romanians," Marlena Librescu told Israeli Channel 10 TV on Tuesday.

After the war, Librescu became a successful engineer under the postwar communist government and worked at Romania's aerospace agency. But his career was stymied in the 1970s because he refused to swear allegiance to dictator Nicolae Ceausescu's regime, his son said, and he was later fired when he requested permission to move to Israel.

After years of government refusal, according to his son, Israeli Prime Minister Menachem Begin personally intervened to get the family an emigration permit. They moved to Israel in 1978

Librescu left Israel for Virginia in 1985 for a year sabbatical, but eventually made the move permanent, said Joe Librescu, who himself studied at Virginia Tech from 1989-1994. The elder Librescu, who was an engineering and math lecturer at the school, published extensively and received numerous awards for his work.

"His work was his life in a sense," his son said.

"It is a great loss," said Ecaterina Andronescu, rector of the Polytechnic University in Bucharest, where Librescu graduated in 1953. "We have immense consideration for the way he reacted and defended his students with his life."

At the university, where Librescu received an honorary degree in 2000, his picture was placed on a table and a candle was lit. People lay flowers nearby.

"He had a huge affection for his students and he sacrificed his life for them," Tomescu told AP Television News.

May all the victims rest in peace. 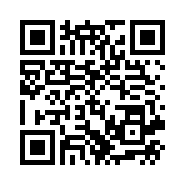