The cast of characters grew over the course of the series. Buffy first arrives in Sunnydale with her mother, Joyce Summers (portrayed by Kristine Sutherland), who functions as an anchor of normality in the Scoobies' lives even after she learns of Buffy's role in the supernatural world ("Becoming, Part Two"). Buffy's teenage sister Dawn Summers (Michelle Trachtenberg) does not appear until the fifth season.

The vampire with a soul, Angel (portrayed by David Boreanaz), is Buffy's love interest throughout the first three seasons. He leaves Buffy to make amends for his sins and search for redemption in his own spin-off, Angel.
有著靈魂的吸血鬼Angel(David Boreanaz)是前三季中Buffy的曖昧對象。他最終離開了Buffy尋找救贖和彌補自己的罪。他的故事在衍生影集Angel中繼續進行。

In Buffy's senior year at school, she meets Faith (Eliza Dushku), the second current-Slayer who was brought forth when Slayer Kendra Young was killed by Drusilla, a vampire, in the second season. Although she initially fights on the side of good with Buffy and the rest of the Scooby Gang, she comes to stand against them (and along the side of The Mayor Richard Wilkins) after accidentally killing a human in the third season.
第三季，Buffy高三時遇到了Faith(Eliza Dushku)，第二個現任剋星。她是在第二季的前剋星Kendra Young被吸血鬼Drusilla殺死後被召喚的。雖然她最初是和Buffy和其他Scooby小組站在同一陣線的，但在意外的殺死了一個人類後轉向市長Richard Wilkins的陣容對抗Buffy等人。

Buffy gathers other allies: Spike (James Marsters), a vampire, is an old companion of Angelus and one of Buffy's major enemies in early seasons, although they later become allies and lovers. Later Spike, like Angel, regains his soul. Spike is known for his Billy Idol-style platinum blond hair and his black leather duster, stolen from a previous Slayer, Nikki Wood. Tara Maclay (Amber Benson) is a fellow member of Willow's Wicca group during the fourth season, and their friendship eventually turns into a romantic relationship. Buffy became involved personally and professionally with Riley Finn (Marc Blucas), a military operative in "the Initiative", which hunts demons using science and technology.
Buffy其餘的盟友還有：Spike(James Marsters)，是Angelus的同夥，在早期是Buffy的主要敵人之一。然而最後他們成了同盟和戀人。最終，Spike取回了他的靈魂。Spik著名的是他那頭比利·愛多爾髮型的淡金髮和那件從前任剋星Nikki Wood偷來的破黑皮夾克。Tara Maclay(Amber Benson)則是在第四季時加入。她是Willow在第四季參加的女巫會會員之一，她們的友情最後轉為愛情。Buffy在第四季時與Riley Finn(Marc Blucas)於公於私都有所牽扯。Riley是隸屬於"The Initative"的軍人，以高科技來獵捕惡魔。

Buffy featured dozens of recurring characters, both major and minor. For example the "Big Bad" (villain) characters were featured for at least one season (e.g. Glorificus was a character that appeared in 13 episodes, spanning much of Season 5).[56] Similarly, characters that allied themselves to the Scooby Gang and characters which attended the same institutions were sometimes featured in multiple episodes.
Buffy也有許多不斷出現的角色。例如大魔王一定會出現至少一季(第五季的Glorificus在13集出現後，到第五季結束前都不斷出現)；同樣的，與Scooby Gang同盟的盟友也會多次出場。 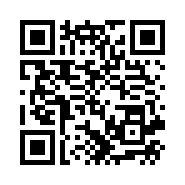