In the show's second season, Buffy continues to come to terms with her destiny as the Slayer with the help of her friends. Buffy finds forbidden love with Angel and clashes with Spike and Drusilla, the new vampires in town. She also meets and befriends Kendra Young, the Slayer who had been called when Buffy drowned in the first season finale. Buffy loses her virginity to Angel, unknowingly lifting the Kalderash curse placed on him a century earlier. This causes him to lose his soul and revert to Angelus, the most infamously evil vampire in history. He becomes obsessed with destroying Buffy's life and joins Spike and Drusilla, who have reconstructed a supernatural monster called the Judge. Aided by Xander's mystical insights into militarism and weapons, Buffy foils their plans and defeats the Judge, but Angelus' pathological abuse continues to take a heavy toll on Buffy and her friends.

When faced with Angelus's subsequent plan to destroy the world, Buffy reluctantly accepts an alliance with Spike, who also wants to stop Angelus. While strategizing with Spike, Buffy is forced to reveal her identity as the Slayer to her mother, who demands that Buffy stay home and discuss matters with her, telling her that if she leaves now, not to come back; Buffy, however, has "to go save the world. Again." As Buffy fights with Angelus, trying to prevent him from opening a vortex to a hell dimension, Willow works a spell to re-ensoul Angel. The spell is successful, and Buffy watches Angel return; however, Angelus had already activated the statue to open the gateway and Angel's blood is the only way to close it. Buffy reluctantly stabs Angel with a sword, sending him to Hell and saving the world. Traumatized by the ordeal of essentially killing her boyfriend and being alienated from her mother, Buffy leaves Sunnydale and escapes to Los Angeles.

In Season Three, Buffy must reconnect to her calling, her friends, and her family after her departure, as well as make difficult life decisions regarding her relationship with Angel. In L.A., Buffy waits tables in a diner under a false identity (she uses her middle name, Anne), trying to turn her back on her destiny. However, after rescuing a runaway, Buffy returns to Sunnydale to face her own demons. She reunites with her loved ones and tries to find closure to her relationship with Angel. However, Angel returns mysteriously (by The First, as revealed later), and Buffy is still drawn to him.

Meanwhile, a new, rebellious Slayer, Faith, who had been activated upon Kendra's death, arrives in town. Faith is initially a powerful ally for Buffy, but their opposing personalities lead to antagonism and acrimony as Faith indulges her dark side. Buffy tries to help Faith, who becomes increasingly destructive and disloyal. Alienated from "the Scoobies", Faith finds a friend in the affable yet sinister Mayor Richard Wilkins, who had initially founded Sunnydale as a haven for demons to feed. As the Mayor uses Faith to help him prepare to become a pure-blood demon on Sunnydale High's Graduation Day, Buffy works first to thwart his efforts, then to organize a resistance. When she learns that Angel, who is on the verge of death after being poisoned by Faith, must drink the blood of a Slayer in order to survive, Buffy attempts to sacrifice Faith to save him. Their battle leaves Faith in a coma, and Buffy ultimately saves Angel with her own blood. Afterward, she leads her classmates in a climactic battle against the transformed Mayor and his minions, culminating in an explosion that destroys the Mayor as well as Sunnydale High School. After the smoke clears, Angel leaves for Los Angeles so that Buffy can try to have a more normal life without him. 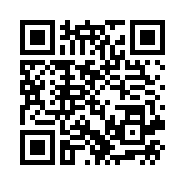